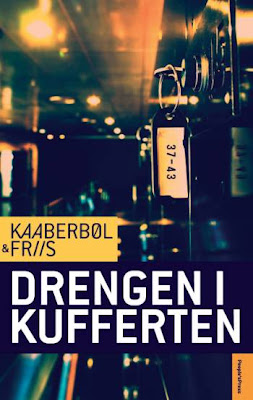 Have you noticed I have been on a binge of Scandinavian crime fiction in May?

Early in May I went to the library and discovered that they had expanded the crime section noticeably. And around the same time I found Amy´s Scandinavian Reading Challenge. So I decided to challenge myself by finishing it within a month - and four of the writers (five, really, as there are two for Drengen i kufferten) are new to me. 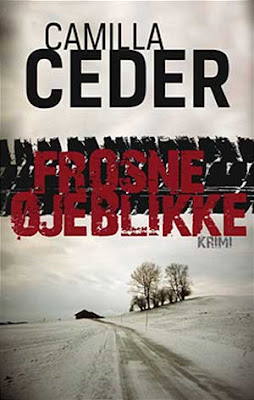 Besides I have read

So on the whole I feel somewhat better informed on recent Scandinavian crime fiction today than one month ago.

Good job Dorte, thanks for keeping us posted about the recent trends in Scandinavian Crime Fiction and authors which are probably new to us.

Jose: sometimes I remind myself that one of the aims of my blog is to inform the world about Scandinavian crime fiction. And I enjoyed some of my finds VERY much, especially Camilla Ceder and Kaaberbøl & Friis.

You are right, if asked I would have said those were Scandinavian countries.

I would love to read some more Scandinavian crime fiction -- in that mythical free time I keep searching for!

Sounds like you had a great month. I'll be looking forward to the guest posts in June.

You've certainly opened my eyes (and mind) to a wide variety of Scandinavian fiction!

Tracy: but there are different definitions, and that is okay with me, but it would be odd for me to include countries that do not belong to ´my´ Scandinavia.

Beth: I hope that the best of them will be translated (= the majority of these), but there are one or two you can live without in my opinion.

I have Jo Nesbo and several others on my pile. Who is your favorite?

Kelly: I hope you will try some of them. I am afraid that very few of these May boooks have been translated, but there are plente of others ...

Patti: I have brough photos of my new favourites, but if you mean among *all* Scandinavian writers I don´t know. There are so many, but Jo Nesbø is somewhere on my top-ten.

I enjoyed "Drengen i kufferten" by Kaaberbøl & Friis very much last year when I was lucky to find it as a free download at DR/Kulturguiden.dk. I had a good time listening to it in the sun.

Bente: I never listen to stories, but I can understand you liked this one. A great crime debut.