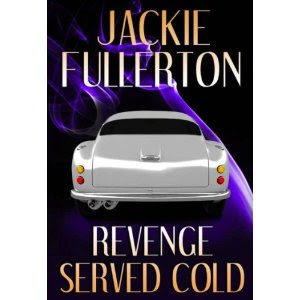 This is the American writer´s second crime novel (Jacqueline Fullerton according to Fantasticfiction.co.uk)

The novel is not marketed as cozy mystery, but I think there are several reasons why this light and entertaining story should be:

1. There is more focus on environment and characters than on drama and gory details
2. The young law students are much better at solving the crime than the quite incompetent police force
3. Young Anne Marshall´s sidekick is the ghost of her late father. A very active ghost.

The first lines:
“Ross felt his hatred boil. A slow, hot burn moved up his neck as he watched Elliott joke with the barmaid. His jaw tightened. This man had ruined his life, yet Ross laughed as if nothing had happened.”

Ross and Elliott were the best of friends until they both fell in love with Kathy – and Kathy chose Elliott. The above reunion is the first time the two have met in fifteen years, and Elliott who is worried about Kathy´s drinking problem does not even seem to realize that he has destroyed Ross´ life. Professor Elliott Spencer never gets a second chance to think about it, however, as he is killed by a hit-and-run driver on his way home.

Kathy drinks because she desperately wants a child, and she seems quite defenseless when the police begin to suspect her of killing her husband. Her old friend Shirley and Anne Marshall, one of Spencer´s law students, help each other searching for evidence the police have not even thought about looking for. Anne´s friends tell her to stay clear of danger, but when her late father appears in his favourite chair with his beloved pipe, ready to solve the crime, Anne feels she has to assume the role of his sidekick.

This ARC was kindly sent to me by the publisher.

Doesn't sound too cosy to me :-) But I do like books with a "you ruined my life ruined in the past and just now you get it" twist, so it may be something for me.

Louise: I would be very surprised if this one scared the daylight out of you :D
Bernadette from Australia also categorized it as cozy, and a pipe-smoking ghost?
But do tell me if you read it and disaigree.

I get the sense that a certain sector of the publishing world doesn't like the cosy term. I agree with all your reasons why this one should be categorised as a cosy - I just don't see why publishers or authors are reluctant to take on that mantle. There's nothing to be ashamed of - if it's a good book it's a good book

Dorte - I'm glad you got a chance to read this, and thanks for the thoughtful review. It's sometimes very hard to decide what sub-genre a book fits in, isn't it?

I don't always pay attention to how books are categorized.

For some reason I really like the cover on this one.

Bernadette: I suspect you are right, but if readers don´t want cozy mysteries and get it anyway, they may not be too happy either.

Margot: yes, because in some ways the environment is like yours, but the ghost and the incompetent police force make this story very different.

Kelly: I don´t know if the final cover will be like this one, but for me the car also adds to the impression that this one is ´cozy´.