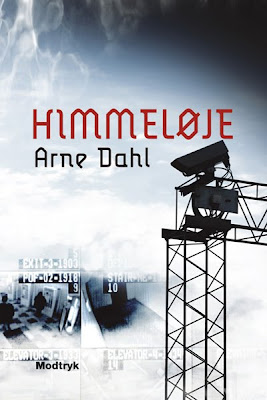 Arne Dahl and the A-team

In the mid 90s a Swedish writer planned a series of ten volumes about the special elite force, the A team. The first books were published under the pen name Arne Dahl, but when the success was well established, the author and literary critic Jan Arnald confessed that he had played with the letters of his name.

Now when eleven volumes of ten have been published in Scandinavia, the “Intercrime series” is on its way to English readers, hence this introduction.

Officially, the group is under the command of the quiet judge of character Jan-Olov Hultin who shows unexpected sides to his personality as the series progresses. Their base is in Stockholm, but they operate all over Sweden.

Paul Hjelm, the day-to-day leader, is around forty years old, married to Cilla whom he has two teenage children with. He is a first-class policeman but not quite as good at handling marriage and family.

Kerstin Holm from Göteborg makes up the female minority. For the time being, she and her husband´s first ex-wife live together and hit it off much better than with him.

Viggo Norlander from Stockholm is a balding and stout policeman who believes in following the rules.

Arto Söderstedt, an intellectual ex-lawyer, is the pale, Finnish minority from Västerås.

Gunnar Nyberg from Nacka, is a huge, slovenly dressed ex-boxer and steroid user.

Jorge Chavez from Sundsvall – represents the immigrant minority and is an expert on jazz.

A well-written, literary crime series with interesting and intelligent characters.

As an afterthought I can tell you that I find it very easy to read Camilla Läckberg and Mari Jungstedt in Swedish, but Arne Dahl is quite another matter.
Indsendt af Dorte H kl. 11.00

Thanks for that very interesting introduction Dorte. It certainly looks like a worthwhile reading.

Thanks Dorte, you have certainly made this series seem one to look out for.

Dorte - Thanks for this! I'll certainly be looking out for this as well. Good news : )

Yes, a great introduction to the series! Thanks for the tip, Dorte. :)

So how many languages do you know so fluently you can read in them? I am in awe of anyone who can do more than 1 but so far for you I count 3, is that right you clever lady?

Why exactly did the authoer choose to play around with his name? Was it perhaps because he was already well known but for other things?

Thank you, Dorte, for that extra information about this series - I am really looking forward to the English translation but I hope it isn't at the pace of one a year or slower as I doubt I'd finish the series! I wonder if the writing style in English will be more challenging than Lackberg and Judgstedt also?

It is nice to see that so many of my readers are interested in this series. I like it quite a lot, and I promise to review the first volume soon.

Bernadette: well, it depends on how you count. Danish and Norwegian are very close (almost like British and Australian English, I´d say). Swedish is a bit harder, but when Danish and Swedish children meet in a playground, they are usually able to communicate if they really want to. So I´d say English + Scandinavian, and perhaps German and Dutch though with some difficulty (again, Dutch is almost as close to German as Swedish to Danish).

Tracy: perhaps he was not certain what people would think about a ´serious literary critic´ writing crime fiction :D
On the whole, the crime series is highly regarded in Scandinavia, though, which is probably why he admitted he was behind it.

Maxine: you are raising an intriguing question there. I have always had a suspicion that as so many English readers loved Jungstedt it might be because the translator made her language MORE interesting. So I´ll look forward to British reviews of Arne Dahl.

Like Bernadette, I am just in awe of anybody who is fluent in anything but their mother tongue. 6 years of Latin helps me take a stab at public notices in languages that use the same alphabet as mine, but as my Latin professor once remarked I'm quite capable of creating a lovely translation that has nothing in common with the original. (He refused to give me marks for creativity)

Hmmm... your discussion with Maxine makes me wonder how often translations might change the tone or feeling of a book. I realize that sometimes one language won't have an exact translation for an idea expressed in another language.

Just on a side note, I remember when I read the first Stieg Larsson I had trouble keeping up with all the Swedish names and places. It was easier in the second. I'm starting the third tonight!

Kerrie: oh, Latin is much harder than learning a living, Germanic language.

Kelly: good observations. I have not checked it thoroughly, but it is very clear to me that a translation can make an interesting book flat and colourless.

I've read Dahl in German, and even there the language remains quite distinctive - it will be interesting to see what happens in English.

Regarding reading in a foreign language, I've been doing it for over decade, so I rarely stop to consider the implications. It's interesting how much of the original does remain in a good translation - there's only one or two people doing Finnish-German translation, for example, and yet there are some series that remain incredibly distinctive, and others where the blandness has nothing to do with the language. But there are also some very bland translations out there - some English books I've read in German translation make me shudder.

And while Dutch and German are very close in practical terms - I don't live too far from the border and can manage on a day in the Netherlands without too much trouble - reading is trickier. (Which is to say that I can do it, but without much enjoyment.)

I have a similar problem with Danish - years of television watching (thanks SBS!) have left me with a reasonably good facility at understanding spoken language, but I can't read anything more than very basic stuff.

It's funny - my profession makes bilingualism necessary, and a good number of colleagues speak three languages plus, so here I'm completely average. Back at home (or in the UK), the number of compliments I get for managing two languages is really embarrasing. I suppose it's what you're used to...

Oh, and Dorte, I think my favourite character is Sara - I assume you're only introducing the characters from book 1? But I like Viggo for his normality, and Jorge because he's really rather cool...Paul I can actually take or leave.

Lauren: they certainly deserve a proper translator who can give the readers a clear impression of his writing skills. And like you, I have read my share of bland translations! I like trying new writers in the library, though, before I buy the series.

And bilingualism is not exceptional in Denmark at all - if you can only speak and read Danish, you will have quite a limited life :D

NB: I also love Sara, but I focused on the first book. On the whole I think I like Hjelm and Holm, but sometimes they ARE a bit too much.