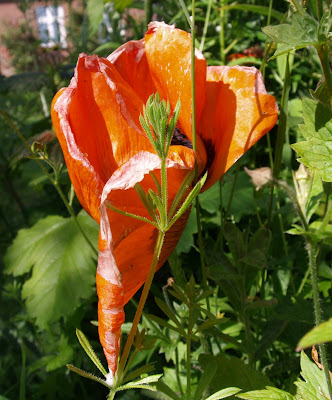 IV. Shellfish Firmer will not listen. He will not speak either. He is still purple in his shriveled face after a particularly acid outburst which got stuck in his narrow windpipe.

On the contrary, he sets a handful of Successful Lawyers on me. Now I am in deep sh.. crisis (I hardly understand that yet, but it certainly doesn´t feel good).

V. Under cover of the darkest hour of the night I sneak into the dicteditor´s office where I connect a couple of power cables to his executive chair. As I am a genuine chicken, I sneak home to hide under my eiderdown duvet long before the grill party is ready to begin.

Afterwards no one understands what happened, but Selfmade Flavour is alive and twittering. According to blushing Flinch he has enhanced his vocabulary considerably.

“He repeats these nasty anecdotes, one worse than the other, and afterwards he pats himself on the shoulder exclaiming ´bloody good, Bonus, you are the greatest, Maximus´.” She blows her pointed nose noisily.

My effort to solve the crisis ends in temporary failure.

VI. Poor Flinch´s perm is drooping. A solution must be found, not necessarily the one expected.

I borrow a sharp knife from an accommodating Successful Lawyer, together with a chloroformed cloth. I bring my own hacksaw, hammer and chisel, and a pair of garden gloves. Forthcoming Flinch offers to assist me, certain that Selfgrown Former can only get better. Under pretence of removing a disgusting nose pick she pushes the cloth against his nose, gently but firm, until he snores blithely in his slightly charred executive chair. Resolutely I prepare for a lobotomy, I know exactly how from watching heaps of BBC documentaries.

“Actually he is my son,” breathes miss Flinch, and with a jerk of my hand I cut the umbilical cord. By accident. Scout´s honour! After this initial spot of trouble I aim for the golden section and locate the self-starter and the gear box without further trouble, but the Black Box? Where on earth … there is none????
Indsendt af Dorte H kl. 11.52

A very engaging piece, thanks for sharing it.

Thank you, Cathryn. As I told you a few days ago, I wrote this piece as my very own way of
handling rejections from publishers LOL