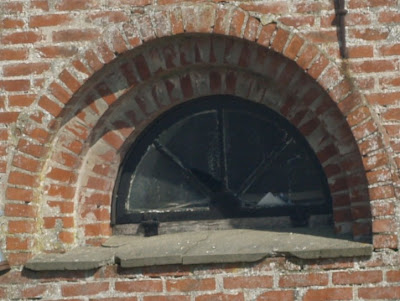 Writing exercise. Write a ´slow text´ in no more than 400 words.

DISTURBED
Joan pulled out one pair of silk socks after the other, felt with her hands in all corners and nooks of the drawers, pulled them out and checked under the bottom. Systematically she continued with shelves bulging with vests and pants, sticking her hands deep down each and every pin-striped pocket and into the toes of the polished shoes.

Halfway through she tiptoed back to the large bedroom. Erlandson´s wife was still moaning quietly with a cold cloth over her eyes . The curtains were drawn and threw a sickly-green tinge over the bed. One could almost feel pity for the woman.

She swung out the flat screen from the wall, scrutinized the backside and let her fingertips run down the wallpaper. Nothing. But she knew her subconscious mind had registered a detail which jarred. A bird sailed past the window, and her heart skipped a beat.

She placed herself in the doorway and looked around her as if she saw the room for the first time. The bed, the wardrobe, the bedside table. The walls and the carpet. She had even tried if the skirting boards were loose.

The table! He had put the alarm clock and the ashtray in the windowsill. Why use the sill when there was a table at hand? Joan knelt down next to the square piece of furniture. Experimentally she dragged it away from the wall, rocking it from side to side. Something rattled inside the plinth…

“What do you think you are doing?”

She knew that she could not talk herself out of this.
Indsendt af Dorte H kl. 17.18

Good one, Dorte! I really enjoyed it. Disciplined writing, builds up the tension well. Of course, I want to know what happens next ;-)

Maxine, thank you very much!
Your opinion means quite a lot to me. I hope the world is going to hear more about ´Joan´ one day (publishers permitting).

Very suspenseful, Dorte. I really want to know what Joan's up to and why, and who's wanting to know what she's up to.

Yes, I liked this one too! I could imagine it clearly, and found my mind racing ahead to various possibilities. I'd like to find out how it develops. Nice one, Dorte!

Tim; thank you.
A slow text, that is a really good question ;)
I don´t always know the English terms for what we are asked to do in my writing course so...
Does it make sense if I call it slow narration speed?

I agree -- good suspense! Is the photo yours? Of course it appeals to me (but you would have guessed that!).

Beth, thank you for your comment which I appreciate very much. The photo is mine, and every time I post one of my red-brick details, I think of your Wordless Wednesdays :D

Fantastic piece of writing, Dorte! This short exercises you post are just a tease ... I always want to know what happens NEXT! (and what was she looking for?!?)

Dawn thank you so much! It is always a great pleasure to hear that people like what you write. And you are right, in these short texts you can´t tell even half of what you want.

And the main character is looking for some kind of evidence that her best friend did not die a natural death. No more here as the exercise is part of a novel I really want to write.