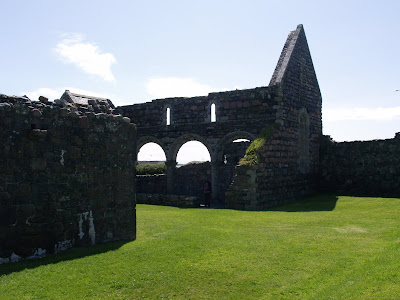 ”Do you have anything at all which can justify spending our resources on this case again?” The superintendent tapped his pen against the green blotting pad.

Margaret Johnson kicked her colleague underneath the table. This meeting had been his idea, and if the boss was in that mood, she was not going to let anyone throw her to the wolves.

George Price rustled his papers. ”Erich Munch´s mother dies, and the following night her flat is burgled. Someone has gone through everything, but as far as we can see, nothing has been taken, or at least not anything valuable. We have the flat searched, and they find her diary from the year that Susanne Munch died stashed away in the cistern of all places.”

“Sounds like someone has been reading too many thrillers,” Margaret mumbled.

Price looked up from his notes for a second, but chose to ignore her remark. “A couple of days after Susanne´s death she writes in the diary: They keep asking me when he came and went. If only I could be sure I did not fall asleep during the film. But I have said what I said, and I can´t change that. And the flat is crawling with Erich Munch´s fingerprints.”

“So you are saying that the guy has left fingerprints in his own mother´s flat?” The corners of the superintendent´s mouth told their own, acid tale.

Price leaned forward, before he continued. “The diary is not as concrete as I had hoped for so we have no decisive new evidence yet. But Erich Munch´s mother was not nearly as certain as she claimed then, and apparently he knew that. Who else would go through her things in the middle of the night? Furthermore we have listened to that tape with Emma Munch´s conversation with the psychologist several times. That girl remembers something even if she doesn´t know it herself. And now next step must be a reconstruction.”

Price had been one of the first policemen on the scene of crime. The case went back to his days in uniform, but Margaret knew he would never forget the sight of the little girl who just sat there above the stairs, clutching a blue blanket.

To be finished on Saturday.
Indsendt af Dorte H kl. 14.08

What is the site of the photo? It reminds me of the cathedral ruins at St. Andrews in Scotland. Yes? No?

R.T., your feeling that it must be Scottish is certainly correct, but this one is from Iona.

I'm looking forward to Saturday's finale so that I can read the story in one go rather than in installments.

I just hope I will be able to live up to your expectations.

Cathryn, I am off to a wedding soon, so for the first time ever I have scheduled a post - I hope Blogger is not going to let me down :D