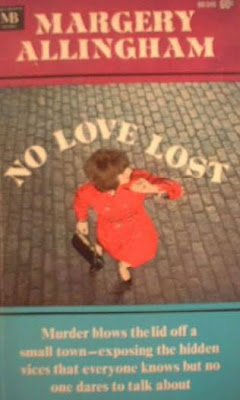 This novel was one of the many on the shelves of our cottage in Scotland. I decided to try some authors I did not know beforehand, and began with one of the British classics.

The Patient at Peacock´s Hall.
In this short crime story, the young doctor Ann Fowler plays a very important role. Some years ago her fiancée, doctor John Linnett, left her for a promising actress, miss Francia Forde.

When the story begins, Doctor Fowler shares a country practice with old Dr Ludlow. She acquires a mysterious new patient whom she after some time recognizes as Francia Forde. The patient shows signs of being poisoned with medicine which has disappeared from Ann Fowler´s car, and suddenly she realizes that she is involved in a plot. Someone wants to kill miss Forde, and he is convinced that Ann is only too willing to help him. How will she get out of this one?

A rather anonymous detective appears at the end of the book, but mainly this is the young doctor´s story.
A fast and cozy holiday read, but the plot may seem a bit unconvincing and old-fashioned today.

Safer than Love.
The main character is Elizabeth Lane, the young wife of the headmaster of Buchanan House, a fine preparatory school for boys in southern England.

Everybody in Tinworth is certain that Elizabeth must be unhappy as the headmaster is set in his ways, gruff and absolutely inconsiderate. Elizabeth´s former love, the young doctor Andy Durtham arrives in Tinworth as a substitute for the local doctor, and tries to explain to Elizabeth Lane that she made a mistake when she chose Victor and safety instead of him and his strong feelings for her.

Elizabeth begins considering divorce, but knows it will be very difficult to achieve one ´without grounds´. Soon after the body of her husband is found in his small ´golf cottage´, and the rumours can begin. Elizabeth realizes that ´a marriage without love is not marriage´, and of course the competent police officer Fred South, called ´Uncle´ by the locals, solves the case and saves the young lovers.

Another cozy story, but more convincing to modern readers than the first in my opinion.
Indsendt af Dorte H kl. 15.56

You will not want to miss Margery Allingham's THE TIGER IN THE SMOKE and the rest of her Albert Campion series.

Thank you for this recommendation. In fact it said on the cover of the edition I read that this book WAS an Albert Campion. Not as far as I could see, though :D

This is a new to me book and author -- I'll have to look into it because I like cozies.

These do look 'cozy' and I bet I'd be charmed by the old-fashionedness.

Beth, Allingham is one of the great "golden age" writers from Britain together with Christie and Sayers so one could say she is part of a historical ´curriculum´ of crime fiction.

Care, I think you would enjoy the second story particularly. The village & boys´ school environment was full of charm, combined with nasty gossip - great setting for crime as we all know :D