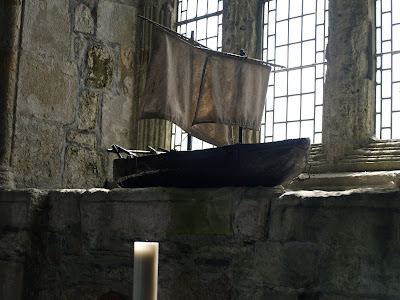 ”What do you feel about it all today?” The psychologist folded her hands on the table and let silence fill the room.

Emma ran her fingers through her blonde hair while she did her best to survey what she felt. “I was never really certain what I had seen, but of course it destroyed my relationship with my father. I practically accused him of having strangled my mother. The police knew he couldn´t have done it, but every time I saw him…” She stopped and took a deep breath. It was so silly. She had been through this a million times, yet it was as if she had a black-out when she reached a certain point.

“What makes it so terrible is that until then I loved my dad more than anything. He was so funny and happy, and he was the one who read bedtime stories to me every night. When he didn´t make up his own stories, that is.”

The psychologist took her time, before she asked a new question. “So how did it affect you when your parents split up?”

“I must have missed him ever so much.” Again, Emma paused to think. This was not one of the questions she was used to hearing. “I am sure that if anyone had asked me, I would have chosen to live with my father. But I was so small, and everybody probably just assumed it would be best for me to stay with my mother.”

The psychologist gave her an encouraging nod.

“I suppose my mother coped fairly well. But all of a sudden she had to do it all on her own, look after two small children and a large house, and of course she had to work full time. I know for certain that I missed my bedtime story, because I pestered her all the time, wanting her to read to us. She always said she was tired.” She fiddled with a frayed cuticle.

“Do you remember what your father read to you?”

“Mostly Astrid Lindgren, I think. Or fairy tales. All my books from that time have gone. Somebody must have thought it was best when … He was such an excellent reader, he used different voices for each character, but I loved it even more when he made up a story himself, or told me about his childhood.”

“Do you think he had a good childhood?”

“Well, yes, at least that is the impression I got. I think he preferred to tell me exciting and scary stories, however. Sometimes he had to stay at my bedside and comfort me until I fell asleep, and that would make mommy so angry. For example when he told me about a huge dog that bit him.” Emma began to laugh, but stopped rather abruptly.

The psychologist scribbled something on the writing pad in front of her.

“Has all this something to do with my grandmother´s death?”

She lifted the pen for a second. “Why do you think so?”

“When will you stop treating me like a child?” Emma pushed her chair back and ran out of the room without another word.

To be continued on Tuesday.
Indsendt af Dorte H kl. 15.57

I'll definitely be back for more!

Cathryn, thanks a lot!