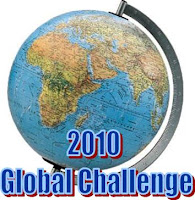 This novel is the author´s first crime novel, a psychological thriller translated from Dutch.

The book is subtitled Never Go Back, and I must admit that even without having read several enthusiastic reviews of it, I could probably not have resisted that.

The main character and first-person narrator, twenty-three-year-old Sabine Kroese, has just returned to her office job after a burn out. The reader soon begins to fear for her mental state, however, as the female colleagues harass and bully her, led by Renée, their semi-official head of department.

Furthermore, Sabine is haunted by memories of her youth when her 15-year-old classmate Isabel disappeared without a trace. Isabel and Sabine had been best friends, but when Isabel grew up faster than Sabine, everything changed when Isabel and all the girls from her class began bullying Sabine.

The plot begins when Sabine sees a notice in the paper about a high school reunion. Soon after she meets Olaf, a colleague from another department and an old school friend of her brother Robin. Olaf sweeps her off her unstable feet, but when he suggests they go to the reunion together, Sabine is not sure it is such a good idea to rip up in the past.

A compelling mystery where everything happens very fast, especially when Sabine realizes that she has some repressed memories about Isabel´s disappearance. Psychologically, the plot reminded me of the Danish writer Christian Jungersen´s The Exception.

If Dutch crime is like this, I want more!

This novel is part of my 2010 Global Reading Challenge, and I bought it myself.
Indsendt af Dorte H kl. 12.00

Dorte - This sounds like such an interesting novel! That connection of past and present is always so appealing to me. I'm going to have to look for this one.

This was one of my Dartmoor Dozen last year in the psychological mystery category. We agree it is very good. ;o)

Margot: it is a fast, but excellent read. Just what a thriller should be!

Norman: I remember, and your review was one of the main reasons that I had to have this one :D

Lived in Amsterdam in 1997 so I am going to track this one down. Thanks.

I really enjoyed this book, as you say it is very exciting. Quite a few loose ends though, eg the cats. Funny, it reminded me of the Exception as I read it, too - the office politics. That theme did not get pushed to the limit in the same sense as the Jungerson book, though!

Patti: I think you´ll like it even though I don´t think it conveys a strong sense of place. Well, perhaps the dunes where Isabel disappears, but me dunes are dunes ...

Maxine: I agree that Jungersen pushes bullying to the limits. I liked his book, but Van der Vlugt is better at keeping up the pace.

Wow. Your enthusiasm has gotten my interest. Your global challenge is introducing me to some new authors!

Beth: I have been wanting to read this one for months, and I was certainly not disappointed. I would probably not call it a five-star read, but it is full of suspense, and rather unputdownable :D

You are right, the global challenge is a great occasion to try something new. But your what´s in a name challenge is also excellent. Ingriguing titles matter a lot to me.