The International World of Blogging 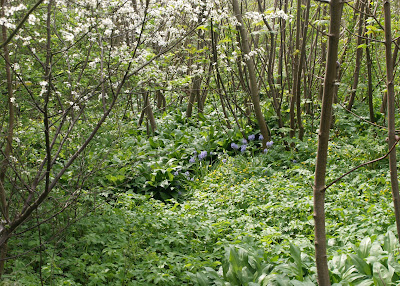 You know, as depressing as our times can be, it never hurts to remind myself that I can be sitting here in California, in between spurts of packing up enthusiasm, and hear from a Canadian transplant to Philadelphia of a Danish blogger being mentioned at a British table on the topic of a Swedish writer by his English speaking translator.

And meanwhile outside my window, not only has the Boardwalk season officially begun, but also, judging by the police cars and the ambulance that just sped by, the season's first crime.

And now you think this is one of my usual obscure hints. But no, it is just one of many hilarious comments on Peter Rozovsky´s blog, Detectives Beyond Borders.

N.B. The Canadian transplant is Peter, the British table is in Bristol (CrimeFest, wish I were there), the Swedish writer is Stieg Larsson and his English-speaking translator is Steven T. Murray/Reg Keeland, and the Danish blogger is yours faithfully.
Indsendt af Dorte H kl. 12.36

Beth, I certainly love it. Blogging is the funniest hobby of my life. And I am glad you like my photo. We had such wonderful weather in late April, and inspired by you and many other bloggers I remembered to immortalize my garden :D

Bernadette, isn´t it.
But only next best to being in Bristol myself.

Let's meet up in Bristol next time!

Ann, that would indeed be wonderful! I am not going to promise that it will be next year, however.

Am I somewhere in among those trees?
==============
Detectives Beyond Borders
"Because Murder Is More Fun Away From Home"
http://www.detectivesbeyondborders.blogspot.com

Peter, would you like to be somewhere in among those trees?

Peter, those trees are very thin. We'd be able to see you if you were. Or are you green?

What a very international lot we are!

Ann, all I know is that the trees are very far from Bristol. I can practically see them from my husband´s office window. And I have never seen anyone but me in there.

Kerrie, we are! Blogging has really added a new dimension to my life :)

We all missed you, Dorte, you're going to have to make it over someday -- all the crime bloggers are even more fun in person! Reg/Steve

Reg, CrimeFest 2010 will certainly be high priority for me, but May is a difficult time to leave work (right before the exam period). But it is so kind of you that you thought of me, and it is wonderful to hear about all your experiences together. I assume you have seen Norman´s great post about your day in Bath?

Hi there, I loved the image of your garden!

I have now finished my thesis and am trying to get back into the blog-world. Much has happened and I am looking forward to be able to sit down and spend a weekend checking out all the posts and comments.

Its good to be back, and I just wanted to drop by and say hello :-)

Louise, WELCOME BACK!
And I know that feeling of having finished a thesis - even though it is some years ago LOL