The Huey, Dewey and Louie Effect 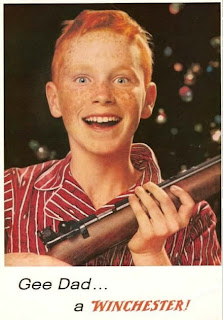 A month ago I called for help because I had a name problem. I had realized it was a very bad idea to have a Jesmona and a Jemima in the same story because it would be so difficult to tell them apart. You were there promptly and solved the problem for me.

Yesterday I ran into another name problem. I have realized that one constable does not make a murder mystery, not even a cosy one. So I needed more proper police scenes, and thus some new names for Constable Primrose´s troops.

I know that these fellows are going to play minor roles, and on the one hand I want you (all my prospective readers) to remember that they are ´the constables´, on the other hand it won´t matter if they seem like an anonymous mob to you.

And this is where the Huey, Dewey and Louie effect comes into it. I know that some Donald Duck enthusiasts can tell the nephews apart, but most of us can´t – and it doesn´t bother us. Astrid Lindgren achieved the same effect in her Pippi Longstocking stories when she introduced the two silly policemen Kling and Klang (don´t know if they are called the same in English, but you will get my point).

The Huey Dewey and Louie Effect - I love it. A bit of a tongue twister when you say it, your constables are much easier.

Fiona: LOL
I think they will turn out to be, but I hardly know them yeat.

Tracy: it shouldn´t matter that the names are difficult if you only have to READ them, should it? But I know that I don´t like reading a whole novel if I have no idea how to pronounce their names.

Love the names and so perfect for constables.

Dorte - Oh, this is great! I so admire your creativity : )

Hehehe, good choice, and no danger of getting the names mixed up.

Mason: I hope they´ll live up to them.

Margot: finding names is a piece of cake. It is all the other bits that take time :D

Bibliophile: I am not sure I will be able to remember Smith from Wesson, but Winchester is a woman so perhaps ....

These are great! You can always add Remmington if you need a fourth.