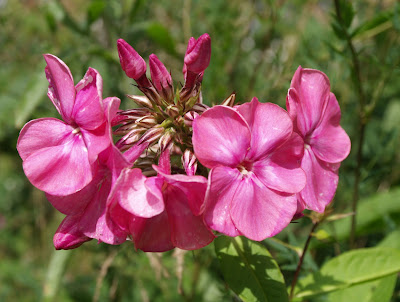 ”Now, this is how we have planned to do this. I´ll sit up here next to you with the tape recorder. Then we are going to reconstruct the … well, the events as precisely as we can. You listen and use your eyes, and afterwards you tell us if you think everything looked all right.” Margaret Johnson got the feeling that she was talking to Emma Munch as if she were still four years old. A bit embarrassed she signaled to George Price that they were ready to begin the show now.

Contrary to their expectations the super had given his permission, but that was probably because he was waiting for an opportunity to gloat. Margaret was skeptical of the procedure George Price had chosen, but her colleague had assured her he knew exactly what he was doing.

She and Emma had to bend down in order to look through the banister. Not a sound reached them from the hall. Then a policewoman in a blonde wig and a floral dress stepped into the hall from the living room. She opened the front door quietly and let in a tall policeman in a tan wind jacket. Margaret discovered that she had been holding her breath. Until now the pair had followed the script to a T, as far as she could see, but now came the most important part. “You´ve got a new dress,” he said down there.

“No, that is not correct! That is not the way it was!” Emma sounded fragile, and very, very young.

Price stepped into the circle of light down there. “What are you saying, Emma?”

“It was not correct!” Her pupils were huge, and Margaret kept a close eye on her.

“Okay, we´ll try it once again.” He waved the two constables aside and whispered an instruction to them. They disappeared to either side of the hall.

Margaret put a hand on Emma´s shoulder, urging her to sit down again. The young girl was shaking, and she clenched her fists around the rails. Could she really justify that they went on with this performance? She had suggested that they let a psychologist be present, but Emma had turned down the idea vehemently. Why hadn´t she at least insisted they do it in bright daylight?

The woman in the dress stepped forth once again. She opened the door, and the wind jacket entered. “Please turn to the right,” someone whispered, and Margaret bit her lip. The woman leaned back her head, smiling expectantly, and the man bent down awkwardly. “You´ve got a new dress.”

”The ear! Look at his ear,” Emma whispered while she pushed her face up against the banister to get a closer look. And in the bright light from the ceiling lamp they all saw that Erich Munch´s left ear was frayed and torn on top, as if someone had snatched a tiny morsel.

For a second he stood like a statue on a floodlit stage, then he put his hands around the policewoman´s neck, squeezing it with all his might while he roared, “why didn´t I kill her too!”

What a perfect ending!

Cathryn, thanks a lot!

Wow! I saw you had posted part 4 and this part, just read part 4 and hurried to this post. What a great ending!

Belle, I am really glad you liked it :D

Well I have to admit that I didn't know how that was going to end!

Tim: well, I tried to surprise you ;)