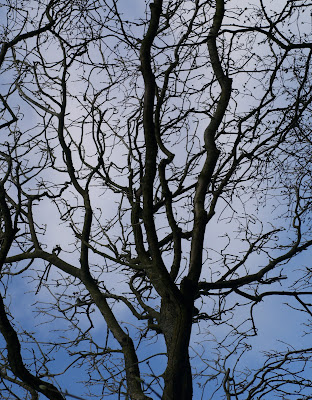 Who knows how disappointed you will be, but this is the story behind Marie Oates´ death (remember, this is the first crime case ever for a group of sixteen-year-old students).

Marie and Daisy Oates grew up together, the beautiful and the intelligent sister. They got on well until Marie realized how fun it was to flutter her long eyelashes at someone else´s boyfriend – and tried this on Daisy´s lover, Robert Browne.

Daisy believed she had found the one and only, and she had just realized she was pregnant. What could she do? She tried to persuade Robert, she considered terminating the pregnancy, she considered killing herself – which is why she stole Robert´s gun. (Robert may have had an idea about this, but as you can imagine, this guy who leaves a pregnant girl at the flutter of an eyelash, does not have enough backbone to report his gun stolen or try to help Daisy).

Unhappy but intelligent Daisy arranges a meeting with her sister “to patch things up”. Empty-headed Marie believes her and buys cream cakes for the reconciliation scene. She opens the door to let in her sister who points the gun at her, knowing that the longer time she stays in the flat, the more traces she will leave behind. She steps forward, trying her best to shoot Marie through the heart while making it look like suicide. But Marie tumbles back and raises her arms in self-defence so the bullet goes through her left arm first.

This does not look good. Daisy tries to keep cool and follow her plan. She places the gun in Marie´s hand and fires a second shot into the wall, leaving Marie´s fingerprints on the weapon.
She locks the door with a handkerchief around her fingers, and she does her best to stay clear of the body on the floor, but nevertheless she steps in a splash of blood in her new Reebok trainers. Daisy is not exactly fashion-conscious so she does not know that these footprints will stick out among Marie´s high heels and stilettos.

In the kitchen she opens the window and jumps down on the grey container in the backyard. Unseen she returns to her hired car, and on her way home she gets rid of the shoes in a container. According to her original plan she was going to return to her flat, but she realizes that the suicide scene will not convince the police for long so she picks up her passport, draws some cash and goes to Gatwick Airport.

Where is Daisy now? Well, your guess is as good as mine.

Thank you to my persistent team of detectives for playing along!
Indsendt af Dorte H kl. 12.25

Dorte - Thanks for sharing the story with us! It's a great mystery, and fun to try to solve. I'm quite proud that I guessed it must have been Daisy. You threw in some good "red herrings," though : ). Well done!

Blog sorted, it's good to be back. Sorry to have missed the previous round-ups in your crime case theme, I'm now up to date with your latest offering. You know I have always enjoyed your stories and certainly wasn't disappointed with this. More please.

Dorte I just read the whole story and I did like it very much. Well done. Sorry I was not able to follow it since the very beginning. I wish I would have had a teacher like you.

Great job with the story, Dorte! I love your idea for letting your readers play along with the investigation. :)

Margot: I am glad you liked it. There were not that many suspects, but we did what was realistic for a four-day project including court cases.

Tracy: I know you have had blog problems. It is good to have you back.

Jose: oh, thank you very much! If you have to teach anyway, you can just as well have some fun now and then :D

Elizabeth: this was one of the better cases, but actually they all worked. All groups found a suspect, but they were not all convicted.

I agree with Jose...I would love to have had someone like you as my teacher. This was so much fun!! Thanks for making the time and effort to let us join in with your class on this project.

I enjoyed reading the full story and think we worked pretty well as a team in getting the facts. (patting myself and everyone else on the back)

Maybe we can do this again sometime in the future?

I have enjoyed following this case the whole week so thank you Dorte for sharing with us!

Kelly: if you keep coaxing me, I may have to try it again some day :D

Bente: and thank you to you AND THE WHOLE TEAM :D

Thank you Dorte, this was really interesting. Both your writing and all the comments. Thank you very much for sharing. I fully enjoyed.

Poly: that is good. I may test you with one of the other cases one day.

Please do! Funny enough, crime is really not my big thing! Mostly I get bored, and its like 'yea, yea, I've heard it all before'! Although I must admit, I do find you blog very interesting. I am a bit fascinated by your variety and skills as well as your very sweet and inviting tone, which clearly come through in your text. Hence, I thánk you.

Poly: oh, now I am almost blushing! I do love my blog, and even when I am far too busy, it is very hard for me to stay away from it for a day or two.